It’s finally here, November 9th. The all encompassing U.S. election and the last 24 hours have perhaps left some of us with more questions than answers, but we were curious: how big of a role did mobile phones play in news consumption?

Users in the U.S. had about a 48-hour attention span per news story, with people walking away from their phones and news apps, once fatigue set in. The Election Season’s two lowest dips in activity were midweek, after the 2nd and 3rd Presidential Debates, which may indicate overall election news fatigue. 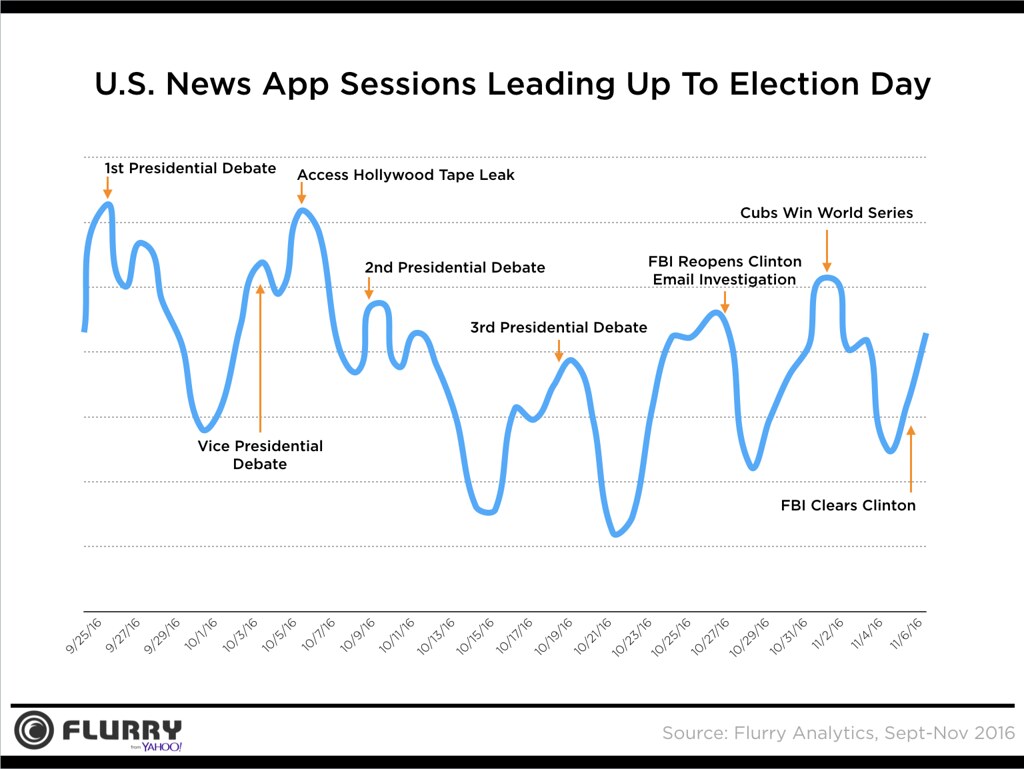 The now infamous Access Hollywood leak was the driving force behind the biggest uptick in mobile session growth throughout the entire election cycle (+18%). The only non politics-related spike in activity was spurred by the Chicago Cubs win on October 2nd (+10%). 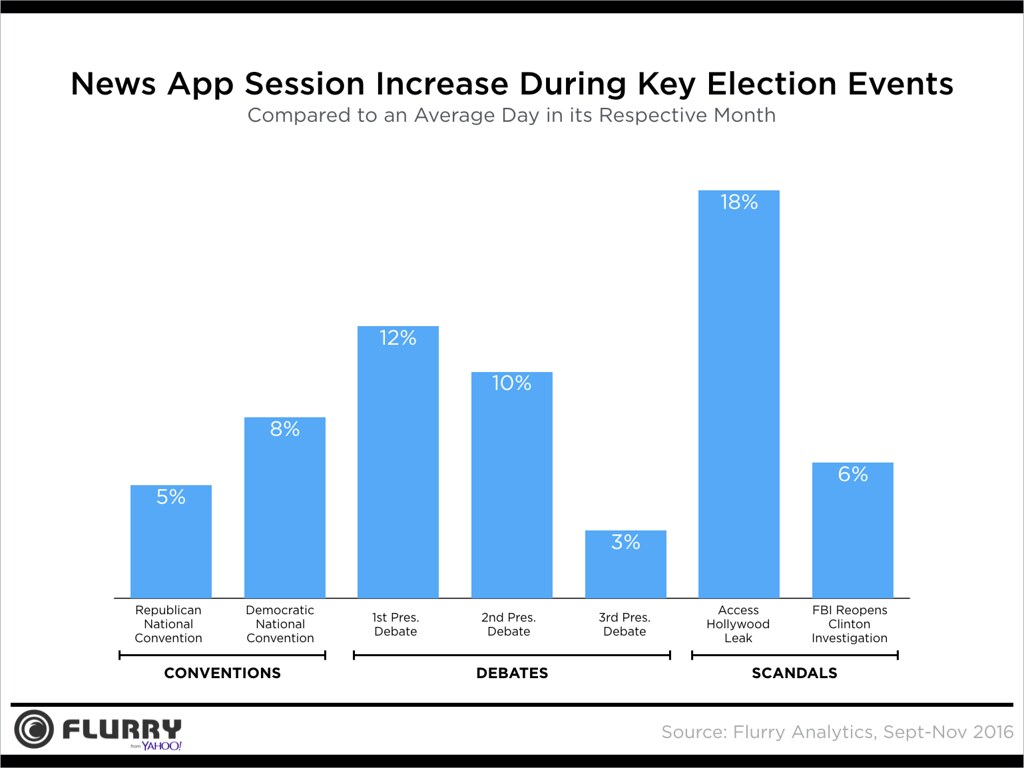 * Increase percentages are relative to that month’s activity

Did you grab your phone to catch up on news throughout the election cycle? Let us know what you think on Twitter, @FlurryMobile!