Brazil is the world’s 6th most populated country and 4th largest smartphone market, only behind China, India and the United States. As South America's largest country, Brazil’s population accounts for half of the continent. Combined with a 46% smartphone penetration rate, Brazil is an attractive market for both app developers and OEMs. In this report, we take a closer look at Brazil, one of the world’s top smartphone markets. 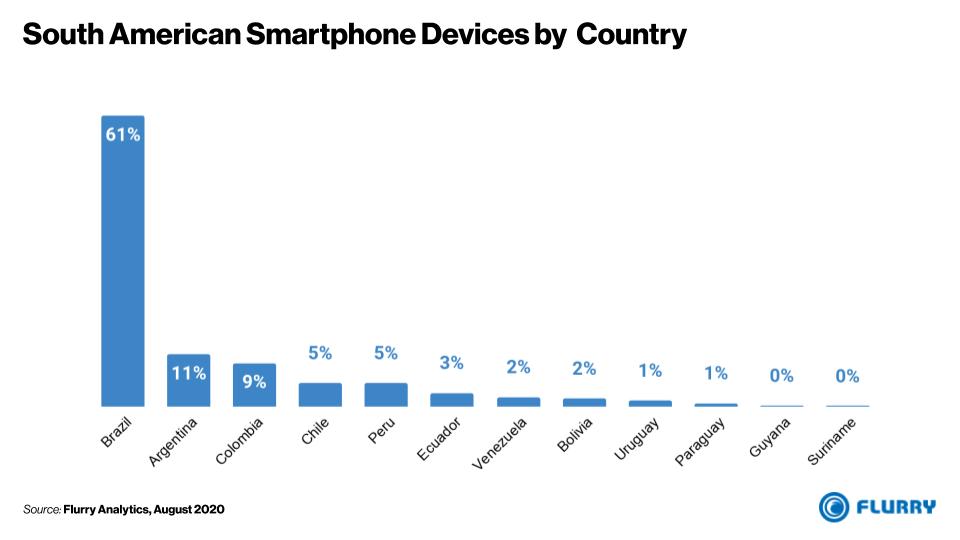 In the chart above, we list the percent of active smartphones by country in South America. On the left, Brazil accounts for 61% of all smartphones in South America, which is higher than the 50% proportion of the population it accounts for. In addition, Brazil saw 13% growth year-over-year in new device activations compared to only 2.5% growth for all of South America combined. This above-average growth indicates that Brazilians are adopting smartphones at a faster rate than the rest of the continent.

Next, let’s review the platform preference in Brazil. 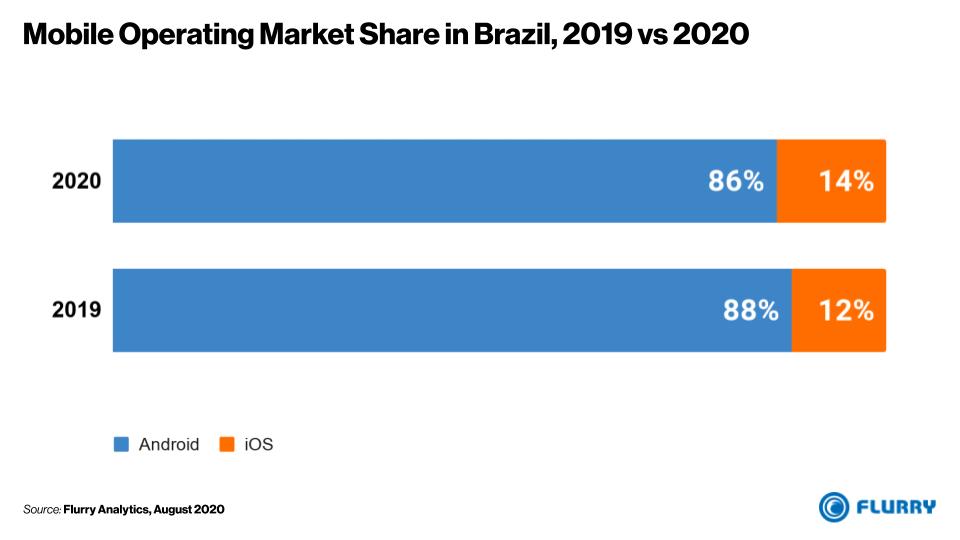 In the chart above we show the market share of Android versus iOS devices in 2019 and 2020. As of August 2020, 86% of the smartphones in Brazil ran on the Android operating system compared to 14% on Apple iOS. While Android is clearly the dominant leader, Apple has gained 2 percentage points since August 2019. We reported last month that Apple’s low cost device strategy is increasing sales in international markets, and Brazil topped the list with 123% year-over-year iPhone growth. In other words, Apple’s market share gain in Brazil could be part of a larger play at growing share in international markets.

Next, let’s take a look at the leading smartphone manufacturers in Brazil. 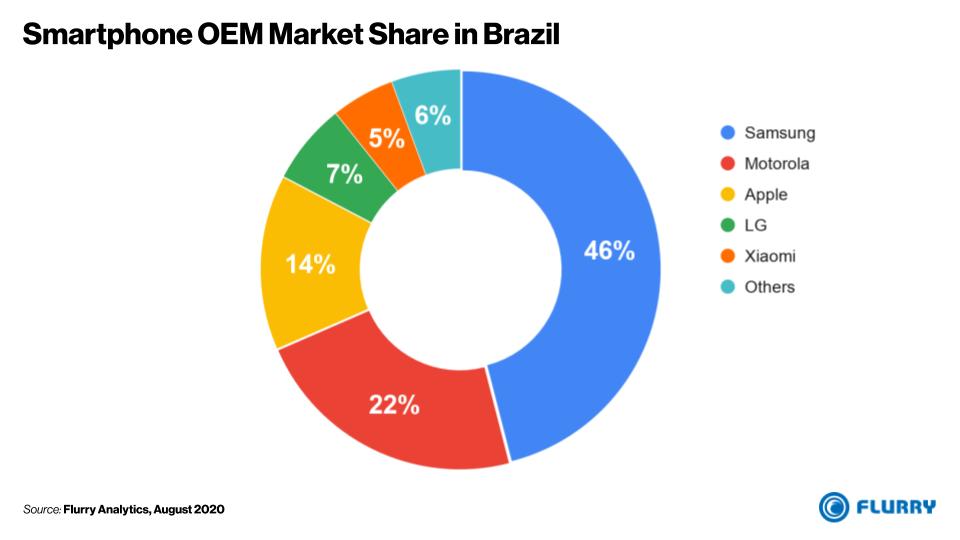 In the chart above, we list the top 5 smartphone manufacturers in Brazil as of August 2020. Samsung is the clear leader controlling 46% of all smartphones in the Brazilian market. It’s followed by Motorola at 22%, Apple at 14%, LG at 7% and Xiaomi at 5%. Apple and Xiaomi each gained market share year-over-year by 2 percentage points, while Samsung lost share by 1 percentage point.

Finally, let’s review the most popular device models in Brazil. 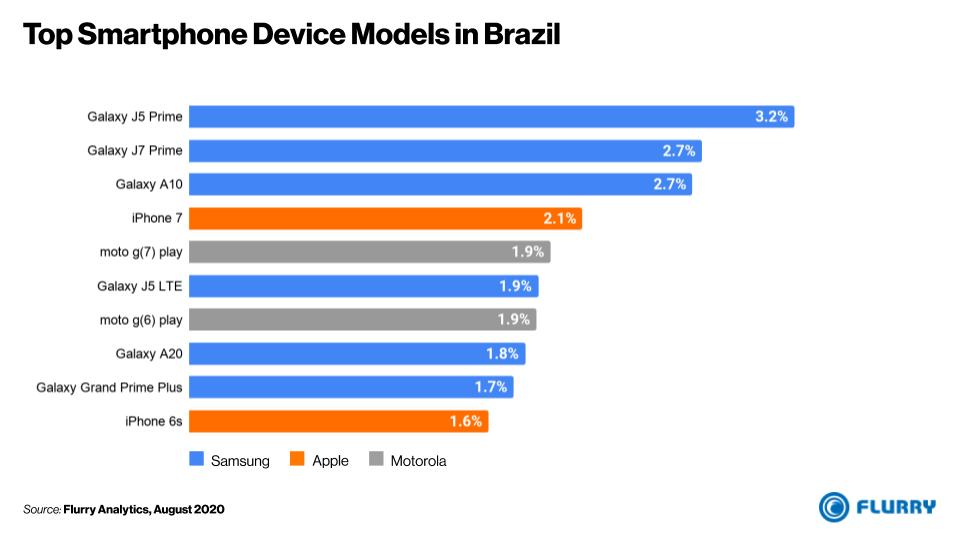 Brazil is a key market for any OEM or app developer interested in South America. Its large population and relatively low smartphone penetration rate means that smartphone adoption and usage will likely continue to soar in the years ahead. With Apple’s recent success in the region with its lower priced devices, we expect OEMs to compete more on price to attract new device adoption. Make sure you subscribe to the Flurry blog and follow us on Twitter and LinkedIn for more country profiles.

iPhone is a trademark of Apple Inc., registered in the U.S. and other countries.

Samsung and Samsung Galaxy are trademarks of Samsung Electronics Co., Ltd. in the United States or other countries.

The Flurry blog (https://www.flurry.com/blog/) is an independent blog and has not been authorized, sponsored, or otherwise approved by Apple Inc. or Samsung.