The 2016 Rio Olympics proved that users are continuing to shift their attention from traditional media to mobile devices. NBC saw Rio Olympics ratings decline by 18% from London’s 2012 Games. While many publications speculate that interest in the Games has not waned, but rather viewers consumed content via livestreams, Flurry has the proof to show the impact mobile apps had on the Olympic games. 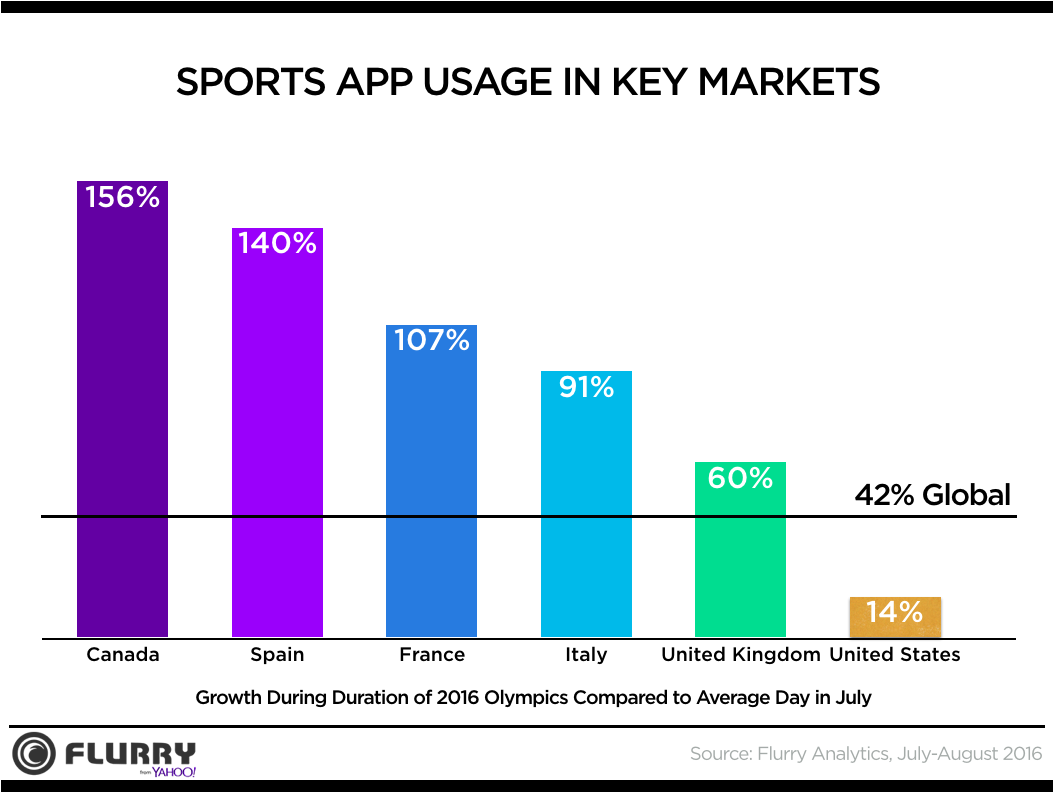 We compared Sports News apps usage during the games to an average day in July and found that sessions grew substantially in key countries, as well as globally, throughout the duration of the games. While there was plenty of evidence to indicate an increase in China’s streaming and mobile usage, Flurry does not track the apps that had exclusive distribution deals in the region.

Boots On The Ground at The Games

While the long term impact of the Games on Brazil and Rio de Janeiro is still to be determined, we wanted to see how increased tourism and attention on the country impacted mobile usage. 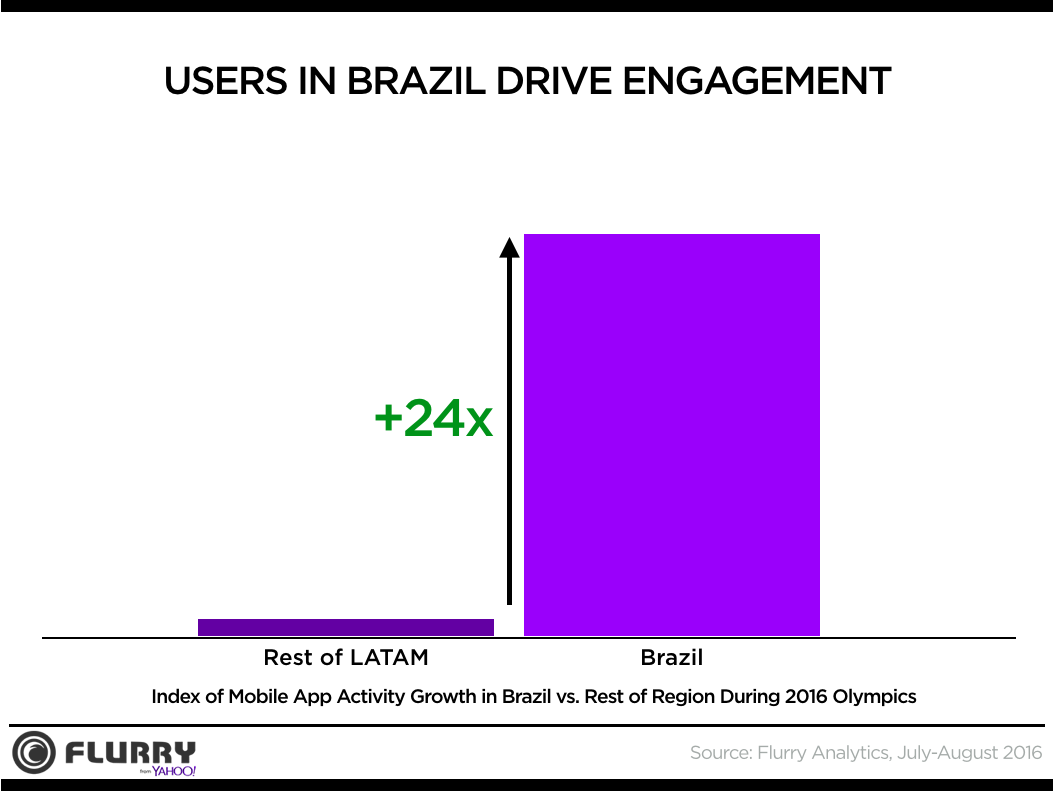 Comparing mobile app usage during the games to an average day in July, Brazil saw an 24x increase in sessions compared to the increase in the rest of LATAM. Brazil’s mobile app usage grew by 8M sessions a day on average during the Olympics. We are observing hundreds of millions of sessions on any given day, and this increase in such a short period of time is substantial. As we have often illustrated, let’s hope that there’s a correlation between increased mobile activity and positive impact on the country of Brazil!