Many app developers may not know it yet, but the modern app ecosystem is about to change in a very big way, and it may be quite a shock to many how drastically that change will impact their bottom line.

Last summer Apple announced its App Tracking Transparency (ATT) framework that has the potential to negatively disrupt the way app makers monetize their software. The technical changes will reduce the kind of default data access that app developers have to identify users. These changes will make it harder to target ads to specific users and will make app-based ads less appealing to demand-side platforms.

This means that the faucet of money that has kept many ad-supported apps awash in capital is expected to be turned down to a trickle when ATT goes live. As a result developers that rely on advertising are going to have to pivot in many ways to profitably survive.

As the decision-makers and dev team at Apple get the latest version of their mobile operating system ready for prime-time, app developers need to get ready for the seismic shift that will almost surely occur in the app ecosystem when ATT launches.

Industry watchers, analysts, and pundits have variously referred to the impending changes in iOS as an apocalypse, death of the in-app advertising industry, or at very least a serious curveball.

So What Exactly Are the Changes That Apple’s Enacting?

At the crux of it is a change in rules about how developers collect and share user information with advertisers.

The salient points all have to do with a special tracking number called the Apple Identifier for Advertisers, or the IDFA. IDFA is a device identifier that Apple assigns to users which can be collected by the developer and shared with advertisers for the purpose of tracking and targeting consumers with ads without directly identifying the user’s personal identity.

The problem for consumers is that IDFA tracking can still feel invasive to many, and may reveal a lot about their app choices and digital persona that they’d prefer not to have broadly shared. This privacy concern is particularly complicated due to the complex third- party and fourth-party relationships in the advertising supply chain.

While Apple isn’t necessarily getting rid of IDFA, what it IS doing is switching the broadcast of this data from consumers to publishers from an opt-out to an opt- in model. This means after ATT launches sometime in 2021, app users will have to give individual apps permissions to access their IDFAs. 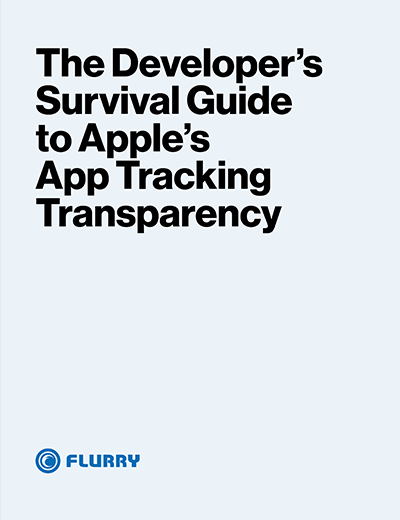 What app developers need to know to prepare for the changes expected when Apple upsets the current monetization business models. 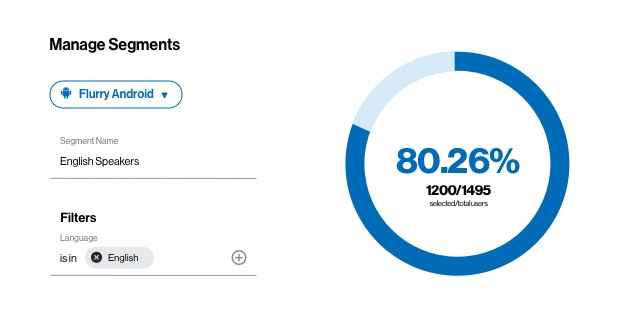 Getting Started is Simple and Free!

Easily set up the Flurry SDK for your app.

Flurry’s Funnel Analysis really helped me understand how my users behave and identify specific parts of my apps to improve. In one particular app, Funnels helped me decrease the drop-out rate from 60% to 10%!

We often make product decisions based on experiments and data analyses. Flurry allows us to measure and improve the app by providing fast and useful data and results.

Working with Flurry has allowed us to perform regular sanity checks against our in-house data, quickly generate complex visual funnels for new features, and measure retention and session data using highly-reliable filtering to exclude suspicious usage. In particular, Flurry’s new explorer feature has made this even easier by removing the need for pre-computing segmented user groups. We can now do on-the-fly analysis without any computational delays whatsoever.

One of Flurry’s most useful features is the approximate demographic information. Since we’re not collecting PII, having some estimation for age, gender and geo is very helpful. Also, we like Flurry’s ability to compare Retention day with each other. It’s been helpful when looking at Retention-boosting features to see where the most drastic drop-offs occur. In addition, Flurry service seems to be more stable and reliable than others. And it’s free!

Flurry Analytics provides major insights about our games and helps us optimize our game design. The Reporting API and raw data export features allows us to feed data directly to our custom dashboards and make even more powerful decisions. It's one of the best analytics products for independent game developers like us.

Flurry is a valuable day-to-day tool in our business and easy to use! We rely on Flurry to gain valuable insights into our app's users as well as to monetize various ad placements.

Flurry was a turning point in how we understand our user's experience. Flurry's analytics tools were perfect to answer any questions we had.

Flurry is one of the most trusted and continuously evolving analytics platforms. It’s latest addition of Flurry Explorer and real-time data has helped us to boost game performance from day 1.