When it comes to maximizing mobile app profitability, all of the feature tweaks in the world can’t overcome fundamental software quality problems. No matter how much a developer spends on user acquisition, engagement, or monetization, none of it matters if the app keeps crashing on user devices.

When mobile apps don’t work as intended, they’re not only failing to drive revenue as expected, they’re also churning out users at record rates. What’s more, frequent crashes kill mobile developers’ growth prospects. One too many crashes is just the thing to push an aggravated user into dropping a nuclear bomb on user acquisition by leaving a one-star review in the app store.

Just as organizations use analytics to segment users and squeeze better profitability out of functionality, they can use mobile crash analytics to bolster their crash response times and ultimately improve user experience.

Finding crashes and their root causes—and doing it at scale—is no simple task.

In order to know whether or not their apps have crash-causing bugs in them, developers first need a mechanism to trigger alerts when users experience a crash. But beyond just knowing whether or not an app has crashed, the developer also needs enough diagnostic data to figure out the root cause of the bug and to fix it.

It’s a little bit like reading tea leaves—the more information about a crash instance that developers can get their hands on, the better picture they can form about the technical or code conditions that led to a crash. There’s both a science and an art to this tea reading process.

The developers need to be systematic and scientific about the kind of data they plan to collect in advance to support their future response efforts. But at the same time, sifting through that data in the heat of an incident takes a fair bit of artistry and craft to elegantly solve the problem.

Now, crash response is hardly a new field for developers; however, many of the longstanding tools available in the desktop world don’t work in the mobile environment.

Mobile crash analytics are different because the mobile OS has really constrained what an app can natively report back to developers for both security and performance reasons.

A lot of the crash reporting mechanisms developers can build into desktop software are not possible within a mobile app. Mobile OS crash logs only provide a very limited set of information about crashes, and may not even report back every kind of crash caused by an app.

And that can make the art of tea reading a whole lot harder for mobile developers. 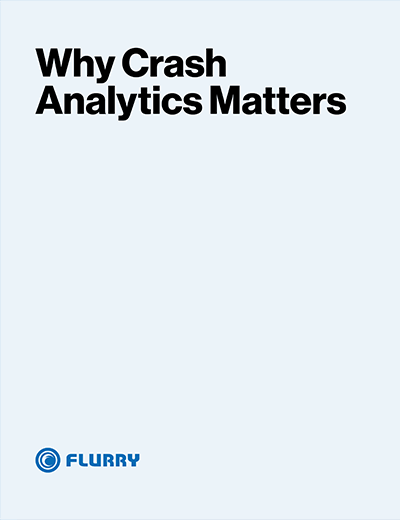 Tips to develop and maintain a strategic approach to minimize crashes and effectively respond to crashes, errors and exceptions in your mobile app. 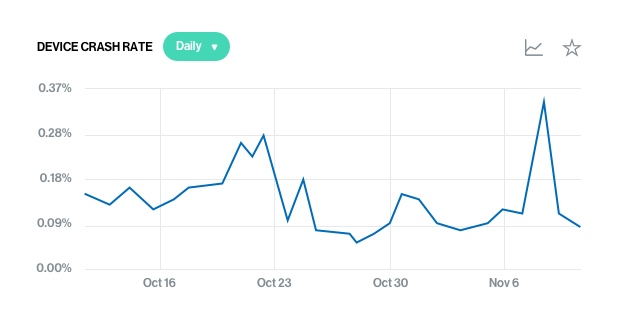 Getting Started is Simple and Free!

Easily set up the Flurry SDK for your app.

Flurry is one of the most trusted and continuously evolving analytics platforms. It’s latest addition of Flurry Explorer and real-time data has helped us to boost game performance from day 1.

One of Flurry’s most useful features is the approximate demographic information. Since we’re not collecting PII, having some estimation for age, gender and geo is very helpful. Also, we like Flurry’s ability to compare Retention day with each other. It’s been helpful when looking at Retention-boosting features to see where the most drastic drop-offs occur. In addition, Flurry service seems to be more stable and reliable than others. And it’s free!

Flurry Analytics provides major insights about our games and helps us optimize our game design. The Reporting API and raw data export features allows us to feed data directly to our custom dashboards and make even more powerful decisions. It's one of the best analytics products for independent game developers like us.

Flurry is a valuable day-to-day tool in our business and easy to use! We rely on Flurry to gain valuable insights into our app's users as well as to monetize various ad placements.

We often make product decisions based on experiments and data analyses. Flurry allows us to measure and improve the app by providing fast and useful data and results.

Flurry’s Funnel Analysis really helped me understand how my users behave and identify specific parts of my apps to improve. In one particular app, Funnels helped me decrease the drop-out rate from 60% to 10%!

Working with Flurry has allowed us to perform regular sanity checks against our in-house data, quickly generate complex visual funnels for new features, and measure retention and session data using highly-reliable filtering to exclude suspicious usage. In particular, Flurry’s new explorer feature has made this even easier by removing the need for pre-computing segmented user groups. We can now do on-the-fly analysis without any computational delays whatsoever.

Flurry was a turning point in how we understand our user's experience. Flurry's analytics tools were perfect to answer any questions we had.